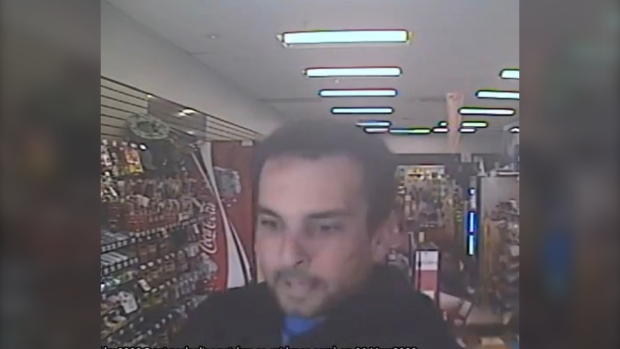 Peel police are looking for this man who allegedly assaulted a convenience store employee in Mississauga. (Peel Regional Police)

Peel police have released a photo of a suspect wanted in connection with an assault at a convenience store in Mississauga last week.

Police said a man attended a store in the area of Dixie Road and Rathburn Road East on the morning of May 3 and allegedly uttered death threats before assaulting an employee.

He is described as white, between five-foot-eight and five-foot-ten, with a medium build and short black hair.