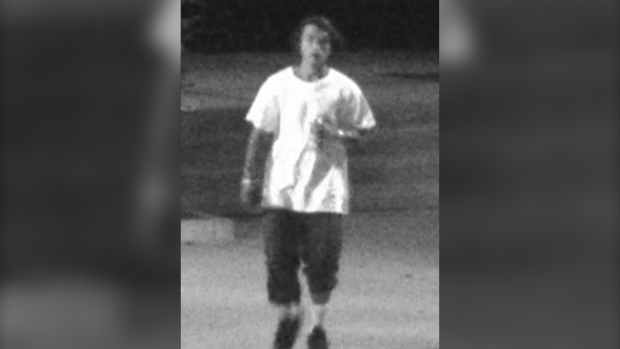 Peel police have released this photo of a suspect who allegedly assaulted a father and three-year-old girl in a Mississauga community centre parking lot. (Peel Regional Police handout)

Peel Regional Police are searching for a suspect who investigators allege assaulted a father and his three-year-old daughter outside a Mississauga community centre back in August.

Shortly before 9:30 p.m. on Aug. 30, a 34-year-old man and his three-year-old daughter were at the Meadowvale Community Centre to attend an activity and while standing at their vehicle in the parking lot, they overheard a loud verbal argument between a man and woman.

According to police, once the man noticed that the father and daughter were observing the argument, he approached them and then sprayed them with an unknown substance before fleeing the area.

Police say they believe the substance may have been pepper spray or bear spray.

The victims sustained minor physical injuries and were assessed by paramedics at the scene.

Investigators have not yet identified the suspect in the assault but on Thursday, Peel Regional Police released a photo of the man.

He has been described by police as white, about five-foot-eight, and between the ages of 18 and 25. He had black, shoulder-length hair and was wearing a white T-shirt and black shorts at the time of the incident.

Anyone with information about the case is asked to contact Peel police.