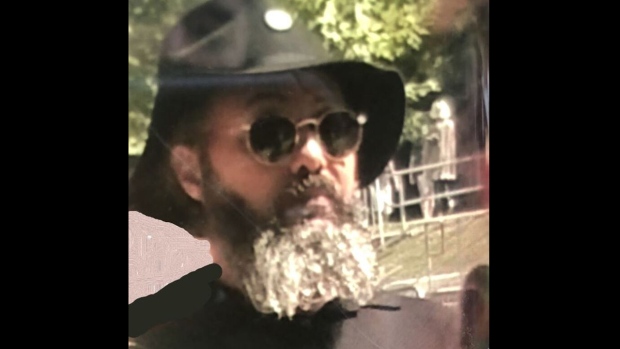 Police have released an image of a suspect wanted after a woman was sexually assaulted in the city’s Harbourfront area earlier this month.

Toronto police say that shortly before 2:05 p.m. on Sept. 5, a woman was walking south on Bay Street near Queens Quay West when she was approached by an unknown man.

The man allegedly sexually assaulted the woman and then fled the scene.

He is described as five-feet-seven inches tall, weighing about 160 pounds. He had a full brown and grey beard.

He was last seen wearing gold sunglasses, a black hat, black clothing and a black backpack.

His image was released on Saturday morning.