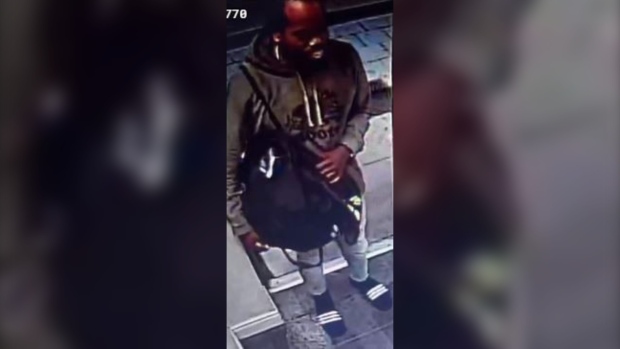 Toronto police is looking for the man seen in this surveillance photo after two women were sexually assaulted. (Toronto Police Service)

Toronto police are asking for the public’s help identifying a man wanted in connection with a sexual assault in the west end on Thursday.

Police said they were called to the area of Dundas Street West and Bloor Street West at around 8 p.m. for a sexual assault.

Officers arrived to learn that a man had approached two women and allegedly sexually assaulted them.

On Friday, police released surveillance images of the suspect. He is believed to be in his 30s and described as six-foot-tall with a medium build, black hair and yellow-stained teeth.