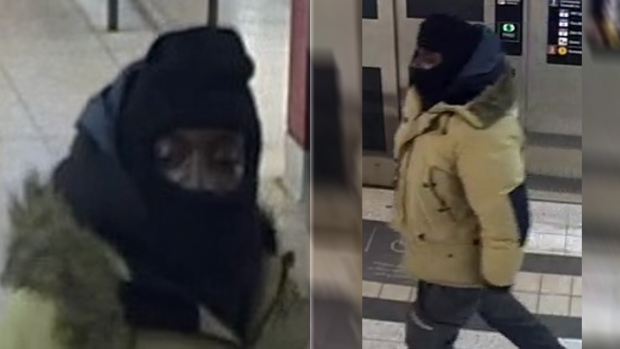 Police are looking for a male suspect who they say sexually assaulted two women on the TTC. (YRP)

York Regional Police have released images of a suspect wanted in connection with two sexual assaults on the TTC subway in Vaughan on Tuesday.

Police said a woman was aboard a northbound train when a man walked by her and touched her leg.

After arriving at the Vaughan Metropolitan Centre Station, the man approached another woman. Police said he pressed himself against her from behind.

Police were called to the station, but when they arrived, the man had already fled.

The suspect, a man in his 30s, was wearing a beige jacket, grey pants, and a black or green balaclava.