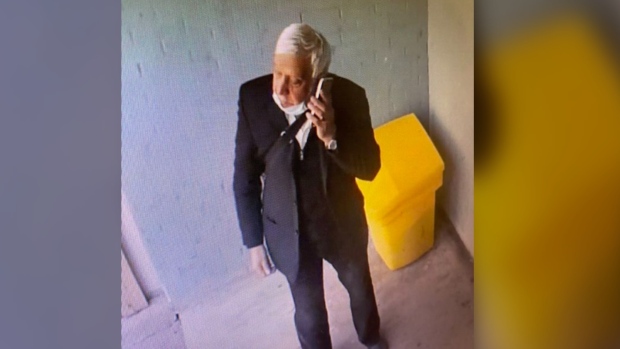 A man is wanted after a woman was allegedly sexually assaulted in the laundry room of a Scarborough apartment building. (TPS handout)

A suspect is wanted after an alleged sexual assault in the laundry room of an apartment building in Scarborough, Toronto police say.

On March 22, police responded to a call in a residential building in the Midland Avenue and Danforth Road area.

A 33-year-old woman was reportedly in the laundry room located in the basement of the building.

A man followed her into the laundry room and engaged in conversation with her.

He then sexually assaulted her, police said.

On Wednesday, police released a security image of the suspect.

He is described as 65 to 75 years old, with a medium build and grey and white hair. He was wearing a ring on his index finger, a dark suit jacket, dark pants and black shoes.