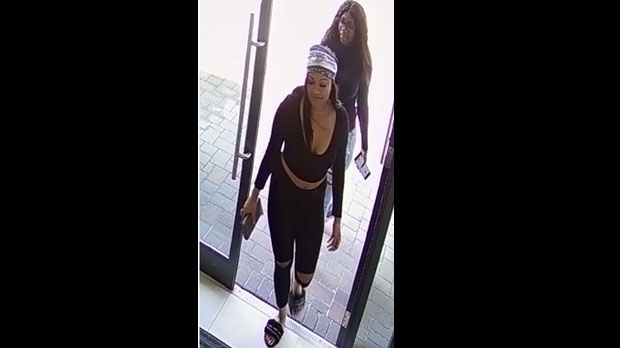 The theft of a “Kim Kardashian-style” wig and an ensuing physical altercation has led police to search for two women.

Investigators said two female suspects arranged to meet a 31-year-old woman in the area of Sheppard Avenue East and Greenbriar Road on Oct. 10 at around 11:30 a.m.

The pair was interested in purchasing “Kim Kardashian-style wigs” at this meeting, police said.

At the time, a disagreement regarding the price of the wigs arose, prompting the two women to flee the 31-year-old woman’s apartment.

The pair then allegedly fled the scene in a light-coloured BMW sedan with the wig in hand.

The first suspect has been identified as a woman named Latoya. Investigators said she has long curly black hair and is between the ages 18 and 24. At the time, she was wearing a black sweater with blue jeans and black glasses.

The second suspect has been described as a woman also between the ages of 18 and 24. At the time, she was seen wearing a black v-neck shirt with black pants, black sandals and a head covering.

Security camera images of the two suspects have been released by police in an effort to identify them.