T.O. should have power to require that developers build affordable housing: Layton 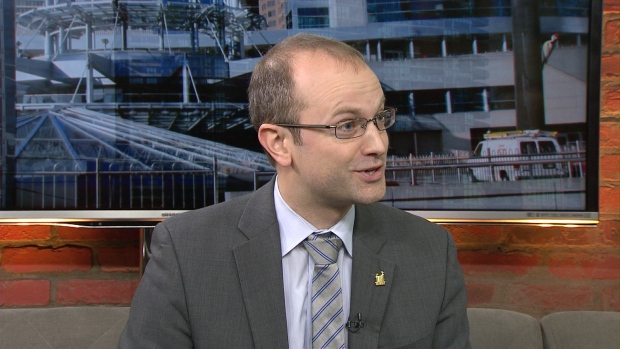 A downtown Toronto councillor wants the provincial government to give special powers to municipalities that will allow them to force developers into building affordable housing.

Trinity-Spadina Coun. Mike Layton and the leaders of a pair of community groups held a press conference at Queen’s Park Monday morning asking the province to amend the planning act so that municipalities could ask developers to build a minimum number of affordable housing units.

Right now, the province is in the midst of considering reforms and updates to the provincial planning act. Layton said that adding inclusionary zoning policies to the act will go a long way.

If implemented, inclusionary zoning would allow cities like Toronto to force developments of a certain size to sell or rent a set number of units at below market value prices as a condition of their approval.

The policy was initially included in a private member’s bill from Parkdale-High Park MPP Cheri DiNovo and Etobicoke-Lakeshore MPP Peter Milcyn that was tabled in the spring. However that bill, which is currently before committee, no longer includes any references to inclusionary zoning.

This despite a previous vote by Toronto city council formally requesting the power.

“I am not sure what has prevented Liberals from simply signing off and giving the City of Toronto the power under the City of Toronto Act. It is a simple power that would allow us to address the needs of hundreds of thousands,” Layton told reporters on Monday. “There should be nothing stopping them.”

There are currently 160,000 households on the waiting list for affordable housing in Toronto and Layton said the city must act to curb what he called an “affordability crisis.”

Inclusionary zoning would have allowed for the creation of 12,000 new affordable housing units had it been implemented five years ago, according to previous comments by Chief Planner Jennifer Keesmaat.

If given the power to introduce inclusionary zoning, Toronto would still have to create a policy that would address the size of developments that would be effected and the percentage of affordable housing units that would be required.

“The province has the easy job here,” Layton said.