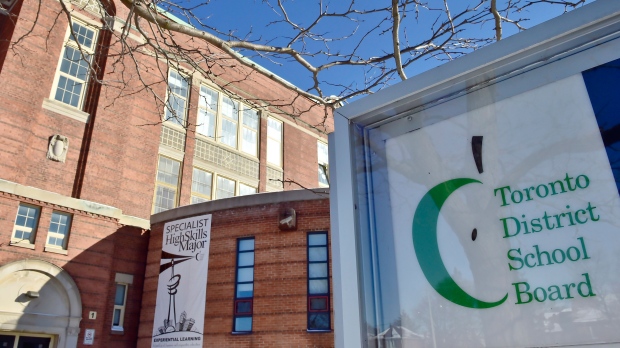 The Toronto District School Board (TDSB) is asking the Ford government to hire more staff, and nurses, and provide additional resources to combat COVID-19 as students return to school next month.

TDSB Chair Alexander Brown issued a letter to Health Minister Christine Elliott and Education Minister Stephen Lecce on Tuesday morning expressing the board’s “deep concerns” with the lack of nurses available to support students and staff, who are set to return to school in three weeks.

“They’re going to be able to help us with a lot of things, especially if we have to target a school and go in and do the contact tracing and putting protocols in if there are outbreaks and such," Brown said to CP24.

Brown acknowledged that the board is aware of the government’s plan to hire 500 additional nurses in Ontario, but said he does “not believe this is reflective of the needs of our school communities, which encompasses about 600 schools.”

The letter emphasized the need for more nurses, particularly for schools in areas where there are higher rates of COVID-19 infection.

As of Aug. 23, the Glenfield-Jane Heights neighbourhood has recorded the most COVID-19 cases in Toronto with a total of 524 since January, followed by West Humber-Clairville with 506 and Downsview-Roding-CFB with 476, according to the City of Toronto.

In the letter, Brown also asked the government to consider piloting a saliva-based testing option that could be used in homes and schools.

“Our request is that this initiative be piloted with the TDSB and Toronto Public Health, and scaled up as needed, to minimize disruption to student learning that could be impacted from having to repeatedly shut down in-class instruction,” the letter read. 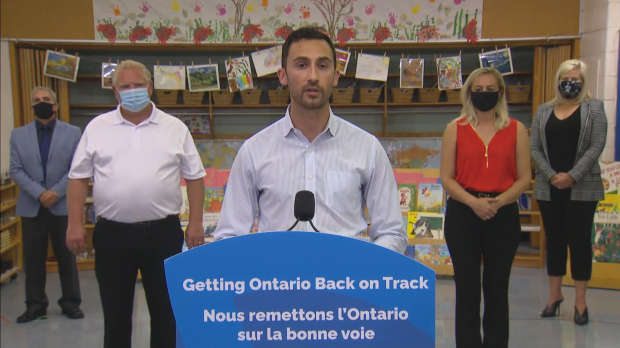 The TDSB also issued a second letter on Tuesday to Minister Lecce regarding the need for further support with supplies and staffing to limit the spread of the virus.

The board is asking the government to increase staffing to reduce elementary class sizes, a commitment for full funding of personal protective gear and support for outdoor learning.

Along with those requests, the board is calling on the government to fund repair and maintenance budgets throughout the upcoming budget year.

During a press conference Tuesday afternoon, Lecce responded to the letters and said “we’re going to do everything we can for our boards.”

“We have been very clear, we will be there,” Lecce said. “We have procured masks...we have provided that funding for them and we will continue to be there for them, for our bus drivers, for our schools, educators and staff.”

In regards to holding classes outdoors, Lecce said the government is “encouraging education to be done outside particularly in September and October as weather permits it.”

Lecce also noted that the government is allocating $1.4 billion annually in maintenance and renewal funding to school boards across the province.

“And we’ve actually told boards, we’ve signaled to boards well before we announced the $50 million for ventilation, to get going and get their HVAC systems upgraded with the best mobile filtration units for those portables required for those older classrooms…,” Lecce said.

Lecce did not comment on the TDSB’s request for additional nurses.

Students are set to go back to school in on Sept. 15 in Toronto.

Ontario Premier Doug Ford, right, and Education Minister Stephen Lecce get ready to make an announcement regarding the governments plan for a safe reopening of schools in the fall due to the COVID-19 pandemic at Father Leo J Austin Catholic Secondary School in Whitby, Ont., on Thursday, July 30, 2020. THE CANADIAN PRESS/Nathan Denette