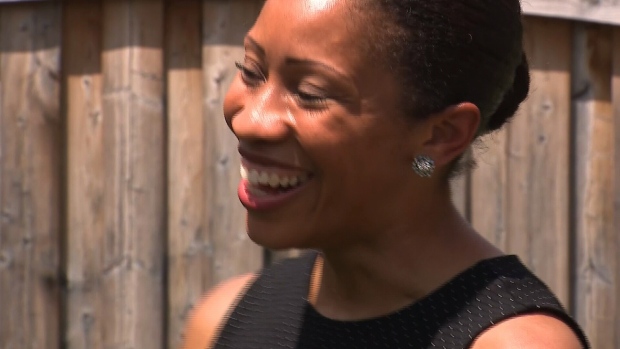 Carlene Jackson is pictured in this file image.

Just two weeks after she began her term as the Toronto District School Board’s interim director, Carlene Jackson has announced that she will be leaving the post by October.

Jackson said Friday that she will be starting a new role as Ontario’s comptroller general on Oct. 13.

TDSB Chair Robin Pilkey announced the news in a statement Friday and said it comes with “mixed emotions.”

Jackson was named interim director in late June following the departure of former director John Malloy, who said in May that he would be retiring. He had served as TDSB director since 2016.

Having spent 20 years in the public sector including the past three at the TDSB, Jackson’s appointment was lauded in June. She is also the first Black woman to serve as director of the TDSB.

“Since 2017, we have overcome challenges, achieved many goals and supported the students, parents & staff that make up the largest school board in Canada,” Jackson said in a tweet Friday. “It has been an honour to serve as an Associate Director & most recently as the Interim Director of Education.”

Jackson’s planned departure comes at a challenging time for the country’s largest school board. Just yesterday, the province announced its plan for re-opening school is September following an unprecedented shutdown earlier this year for the COVID-19 pandemic.

While some have welcomed the plan, critics have expressed concern about whether there will be adequate staffing and distancing. Teachers unions and the opposition have slammed the plan as massively underfunded and the Ontario Principals’ Council has expressed concern that many problems that existed last year will persist in September.

Pilkey said that Jackson will continue to lead the board’s budget process and COVID school re-entry plans over the next few months.

The TDSB had previously said that it hoped to find a new permanent director by November.  In an email to CP24.com Friday, TDSB spokesperson Shari Schwartz-Maltz said the board’s search committee already has meetings set up and is working with a professional recruitment firm. She said the board will search for as long as it takes to find the right person for the job.

Jackson’s last day at the TDSB will be Oct. 9. There was no set end-date for her term when she started.

If a new permanent director has not been hired by the beginning of October, Schwartz-Maltz said, the board will appoint a new interim director.