TDSB says 5,500 kids enrolled last spring did not return to its schools 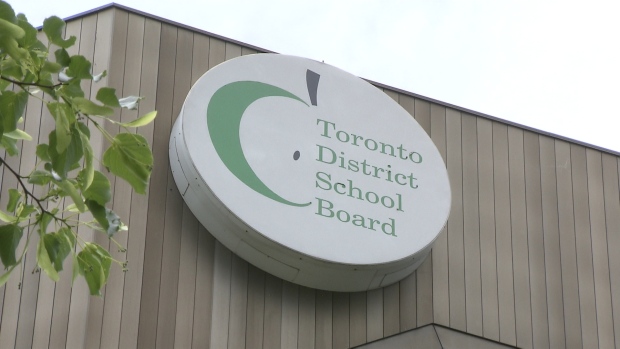 The Chair of the Toronto District School Board says at least 5,500 fewer students have returned to school – either in person or virtual – than expected this fall, meaning it could lose up to $40 million in provincial funding.

As of Sept. 30, the board said it had 2,700 fewer elementary school students enrolled than expected and 900 fewer secondary students.

But on Monday, TDSB Board Chair Alexander Brown said 5,500 kids have not returned to school, 4,700 elementary students and roughly 780 high school students.

“We haven’t lost them – we just have to determine why they haven’t come back to school,” Brown told CTV News Toronto. “Well I am sure they are staying home – and there’s the possibility they’ve gone to private schools.”

The unaccounted-for pupils will impact the board’s budget if the issue is not reconciled with the Ford government.

“If the projected enrolments of Oct. 13 come in as planned, the financial impact to the GSN (Grant for Student Needs) will be approximately $40 million,” board trustees were told in a report released earlier this month.

The GSN is provided to school boards in the province based on enrolment.

“Our ask will be if we have fewer students in our schools as opposed to what we predicted, that we are able to keep that funding,” Brown said.

Board officials say the reduction in enrolment has nothing to do with the Sept. 30 deadline for students to switch between in-person and virtual instruction.

The shortfall is caused by students who were registered at the TDSB last school year who have not returned to school this year.

They may have moved out of the city, switched to the private system or to homeschooling.

Officials said the biggest shortfall in returning students was at the kindergarten level.

Brown said that by law, children do not have to be in school until age 6, or the first grade.