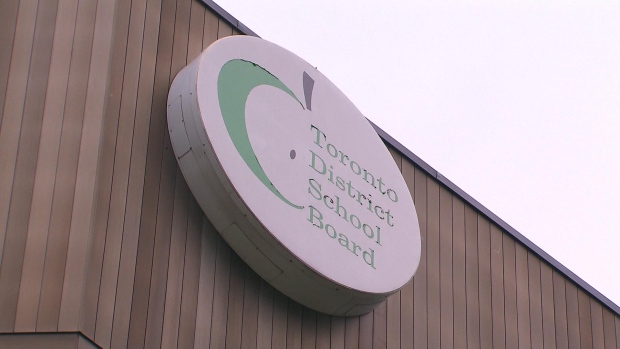 More than 700 Toronto public high school teachers will now be moved to online learning after more than 14,000 secondary students opted for remote learning this September.

In a letter to trustees obtained by CTV News Toronto, interim Director of Education Carlene Jackson said 21 per cent of high school students in the Toronto District School Board opted for virtual school, while 79 per cent said they will return for in-person learning.

"While the TSDB has received additional funding from the provincial and federal governments to be used for staffing, it is not enough to maintain current staff complements at each secondary school, while also fully staffing a virtual school with thousands of students and lowering elementary class sizes," Jackson said.

Jackson said that the reallocation of teachers will be based on a school's individual survey results.

"For example, a school with 1,000 students, but with 30 per cent learning remotely, would see approximately 15 of its 50 classroom teachers reallocated from the school to the virtual school."

She also said that once individual school information has been received, adjustments will be made to timetables for secondary students attending in-person learning.

Earlier on Wednesday, the TDSB released the results of their registration survey, which asked parents and guardians whether if their child will return to the classroom in September or opt for remote learning. According to the TDSB, 90 per cent of parents of elementary students responded to the registration process.

Of those who responded, 70 per cent, or 107,601, indicated their children will return to class. There were more than 47,462 parents who selected the virtual school option.

Schools in Toronto will reopen on Sept. 15. after being closed for months due to the COVID-19 pandemic.