Teen taken to hospital after shooting in Junction Triangle 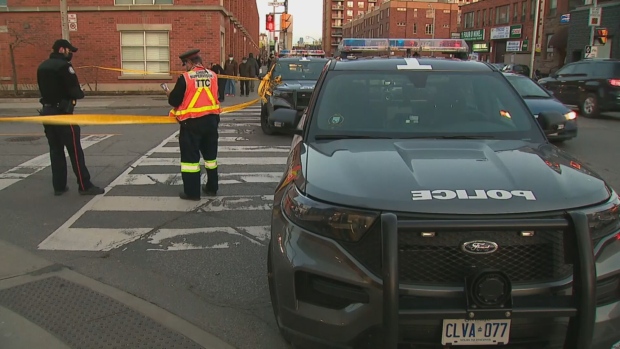 Toronto police are investigating a shooting in the west end.

A teenage boy is in hospital after being shot in the city’s Junction Triangle neighbourhood Friday afternoon.

Toronto police said they received calls about the sound of gunshots and someone lying on the ground in the area of Bloor Street West and Symington Avenue.

He was transported to a trauma centre with serious but non-life-threatening injuries.