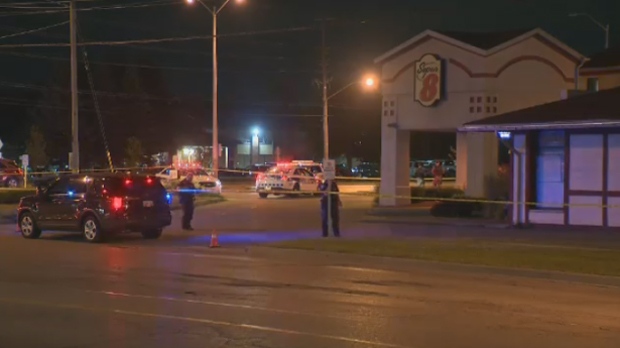 Police are seen outside the Super 8 Motel on Woodlawn Road in Guelph after a 16-year-old girl was shot. (CTV Kitchener)

A shooting at a motel in Guelph has left a 16-year-old Toronto girl with serious injuries, police say.

At about 10 p.m. Saturday night, Guelph police say they were called to the Super 8 Motel on Woodlawn Road for a report of gun shots fired.

They arrived to find the girl suffering from at least one gunshot wound.

She was rushed to a hospital trauma centre for treatment.

“Police believe this was a targeted shooting and the matter is still under investigation,” a news release issued by Guelph Police on Sunday said.

No suspect information was available.