Two teens are dead following a shooting in the city’s west end Friday afternoon, a representative with Toronto police has confirmed.

Police say they located the victims after responding to a report of gunshots at a housing complex on Grandravine Drive, in the Jane Street and Finch Avenue West area, at around 1:30 p.m.

One of the victims, identified by police as 16-year-old O’She Doyles-Whyte, was pronounced dead at the scene.

The other victim, identified by police as 15-year-old Kwame Duodu, was rushed to hospital with life-threatening injuries where he later died.

Speaking with CP24 Friday evening, Toronto police Det.-Sgt. Terry Browne said that investigators are looking to identify three males seen on bikes in the area at the time of the shooting.

The immediate area remains blocked off by investigators who continue to look for witnesses and evidence connected to the shooting. 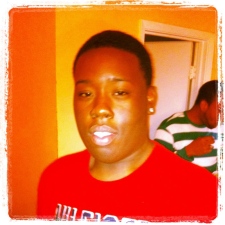 O’She Doyles-Whyte, 16, is seen in this undated photo provided by Toronto police.

Kwame Duodu, 15, is seen in this undated photo provided by Toronto police.