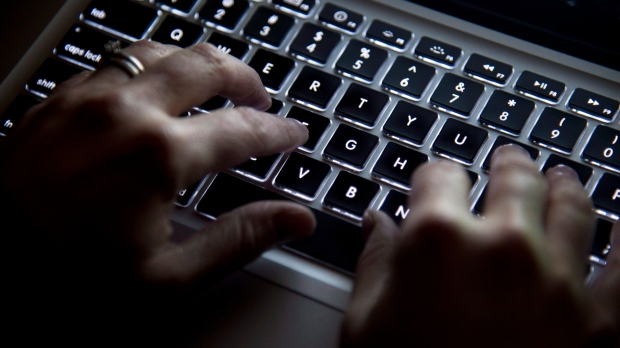 TORONTO - TekSavvy Solutions Inc. said Friday it won't pay more monthly fees to Bell or Rogers until they rebate tens of millions of dollars they collected over several years before they were ordered to slash their wholesale rates retroactively.

TekSavvy's announcement comes a day after the Federal Court of Appeal ruled against Bell, Rogers and several other carriers that sought to overturn a CRTC order issued in August 2019 after several years of hearings and analysis by the telecommunications regulator.

TekSavvy also made a formal request Friday for the Canadian Radio-television and Telecommunications Commission to enforce its own order, now that the appeal court had ruled.

The CRTC's order was stayed last September by the court, meaning the rates charged to independent ISPs didn't change and the big carriers weren't required to pay the rebates until the court issued its final judgments.

The 3-0 ruling Thursday rejected the big carriers' arguments and ordered them to pay TekSavvy and its industry association for the cost of fighting the appeal, but didn't specify an amount.

Andy Kaplan-Myrth, vice-president of regulatory and carrier affairs for TekSavvy, said the appeal court decision “is a major step forward in the fight for fair internet pricing for Canadians.”

The independent ISPs argue that the wholesale prices they've been paying since 2016 have been excessively high and said they'd be able to lower retail rates for their customers if the CRTC's decision was upheld.

TekSavvy and several other members of the Canadian Network Operators Consortium initially cut their retail rates shortly after the CRTC's decision but later raised them again when the court process prevented them from collecting rebates from the wholesale suppliers.

“The arguments of Bell and the other carriers have been revealed (by the court) to be just more baseless tactics designed to stifle competition and keep prices high”, Kaplan-Myrth said Friday.

He said TekSavvy's spring and fall price increases were “really necessary, just to keep the company going to continue to fight these fights.”

This time, TekSavvy will be cautious about the outcome of the battle “and, unfortunately, stay the course with those higher rates,” Kaplan-Myrth said.

An emailed statement from Rogers said it wouldn't comment on TekSavvy while the matter is before the CRTC.

Bell didn't respond Friday to requests for comment on TekSavvy's statement or the court decision.

However, Bell made an indirect comment on the controversy in an announcement Friday about its Wireless Home Internet service, which is being rolled out to areas that are underserved by wired broadband services.

It noted that Navdeep Bains, the minister responsible for telecommunications, said on Aug.15 that the 2019 wholesale rates “may undermine investment in high-quality networks, particularly in rural and remote areas.”

Bell's statement on Friday didn't mention that Bains also said wholesale broadband is a proven regulatory tool for enabling retail competition in the Internet service market and that retroactive payments to affected wholesale clients are appropriate in principle.

An aide to Bains said he wouldn't comment on the court decision and said TekSavvy's demand would be better addressed by the CRTC. A statement from the CRTC wasn't available Friday.

With about 300,000 customers, TekSavvy is the largest of Canada's independent internet service providers, which collectively share about 10 per cent of the market.

Kaplan-Myrth said in an interview that he didn't have detailed breakdowns on what TekSavvy thinks it's owed by Bell or Rogers but said the amount has risen in the 13 months since the August 2019 decision.

“I don't know how long it would take to recover that from them. ... But I do know that these types of numbers (tens of millions of dollars) are rounding errors in terms of their expenses.”

However, Kaplan-Myrth said TekSavvy fully expects its wholesale suppliers will take as long as they can to resolve the issue.

Canada's independent ISPs, which collectively serve about a million households, depend on connecting their equipment to networks built and owned by “facilities based” carriers such as Bell and Rogers.

The facilities-based carriers have mounted several individual and collective challenges to the CRTC's rate decision, including to the federal cabinet and to the regulator itself.

This report by The Canadian Press was first published Sept. 11, 2020.