Terence Blanchard to be honoured at Toronto International Film Festival 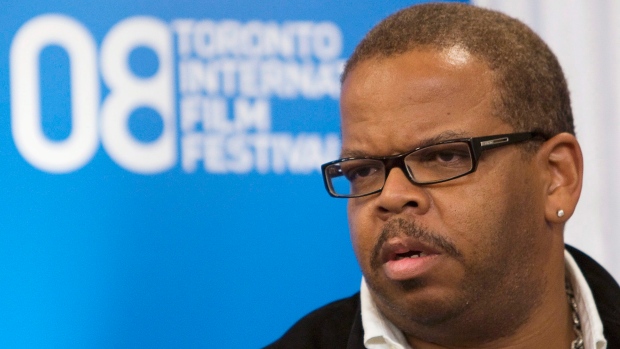 Musician Terence Blanchard speaks during a press conference for the film "Miracle at St. Anna" during the 2008 Toronto International Film Festival on Sunday, Sept. 7, 2008 in Toronto. THE CANADIAN PRESS/Nathan Denette

The six-time Grammy Award winner will be honoured at the annual TIFF Tribute Awards.

The fundraiser event will be virtual this year, due to the COVID-19 pandemic.

It will air Sept. 15 on CTV and its digital properties in Canada, and be streamed to a global audience by Variety magazine.

Blanchard will receive the TIFF Variety Artisan Award, which recognizes creatives who have excelled at their craft and made an outstanding contribution to cinema and entertainment.

Blanchard has worked with Spike Lee several times, including on 2018's "BlacKkKlansman," which earned him a Grammy Award, as well as nominations for an Oscar and BAFTA.

This report by The Canadian Press was first published Aug. 19, 2020.