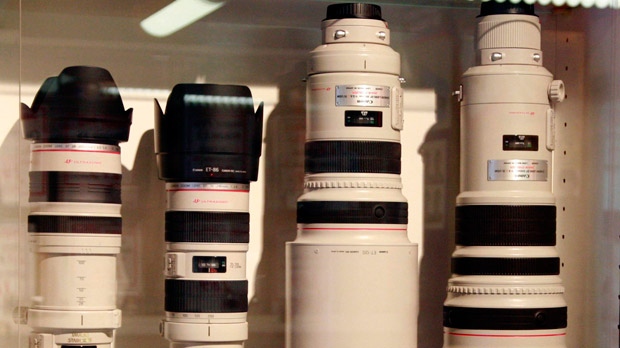 Police services from across the GTA are investigating a spate of thefts of expensive camera equipment from professional photographers here to document the 2015 Pan Am Games.

Since the Games began on July 10, photographers have had cameras or lenses go missing in four separate instances, according to a memo sent out to media outlets on Monday.

Towards the end of the Games’ opening ceremony on Friday, photographer Gary Hershorn was sitting in an aisle seat in section 117 of the Rogers Centre, a designated photo position, packing up his things.

“My camera and lens were sitting right next to me, half under my seat,” Hershorn said.

As the torch runners prepared to light the cauldron marking the start of the games, Hershorn said he turned to his right to put something in his bag.

“And when I came back up, my camera was gone.”

Hershorn said he believes someone climbing the steps up the aisle he was sitting next to grabbed his camera, a 400mm telephoto lens, and the monopod attached to it.

“All they would have had to do is reach out with their left hand to grab the monopod and keep walking. They wouldn’t even have had to break stride, it was that simple to take.”

Hershorn said he alerted security and filed a report with Toronto police.

“The security in the building said they had video cameras but it was dark in there.”

He said he suspects another accredited photographer stole his gear.

Throughout his career, Hershorn said thefts inside the photo pen have been common.

“I’ve done 16 Olympics and some world cups, and people are losing gear all of the time.”

Toronto and Peel Regional Police are investigating after two photographers reported having their camera equipment stolen from Pan Am venues on Sunday.

At the Scarborough Aquatics Centre Sunday, a photographer told Toronto Police some of his equipment was stolen.

Toronto police Staff Sgt. Devin Kealey said that an officer was dispatched to take a statement from the photographer, but by the time the officer reached the venue, the photographer was called to take photos at a different Pan Am venue.

“All know is the guy’s name as the complainant and the fact that he had to leave,” Kealey said.

At the Mississauga Sports Centre on Sunday, Peel Regional Police Sgt. Matt Small said a photographer at the venue filed a report that a camera was stolen. Small said police canvassed the area for witnesses, sought surveillance camera footage and an investigation into the theft is ongoing.

Camera bodies and lenses can be a hot commodity for thieves as ones used by professional photographers can easily cost more than $10,000 a piece to replace. If Hershorn were to replace what was stolen with new equipment, it would cost him about $18,000.

“I don’t think this is just a Pan Am-related trend, I think we just have over 10,000 people here visiting and the chance of something happening whether they’re with the media or a participant, the chances of a theft of anything is pretty likely.” Kealey said.

To continue shooting, Hershorn borrowed a lens from a friend. Canon Canada loaned him a camera body.

Canon Canada spokesperson Rajani Kamath said any professional photographer at the Pan Am Games who has lost equipment to theft should come to Canon’s booth at the Games’ main media centre where they can receive assistance.

Nikon Canada communications manager Amanda Mohammed said her firm was in contact with a photographer who had his gear stolen.

"We offered to loan him gear for the duration of the Pan Am Games, but he has some back-up equipment and as a result has not yet needed to take us up on our offer."

Officials from the Pan Am Games Organizing Committee said they were aware of the two thefts in Scarborough in Mississauga on July 12, but not Hershorn’s loss, referring all other questions to Toronto and Peel Regional police.

Hershorn said he and his colleagues have long suspected some photographers come to major sporting events with motives other than taking great photos.

“We’ve always suspected that there are people who somehow get credentials for these events with only one goal, to leave here with equipment stolen from others.”

He said he’s not expecting police to find those responsible.

“For me, I just hope other folks will pay better attention to their gear.”

Kamath suggested photographers always keep lenses in their field of view, use lockers provided by the venue whenever possible, and wear a storage vest to carry as much gear on their person as possible.