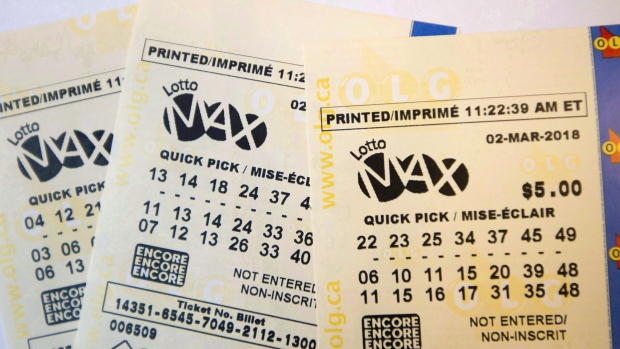 While no one has won the $70 million jackpot, multiple Ontario residents can now say they are a million dollars richer after winning other prizes.

The Ontario Lottery and Gaming Commission said Saturday that two people from the Greater Toronto Area purchased a winning $1-million Maxmillions ticket. One ticket was sold in Toronto while the other was sold in the Dufferin and Peel area.

Two $500,000 Maxmillions tickets were also purchased in Mississauga and Toronto.

A St. Catharines store sold the Lotto Max second prize-winning ticket worth 472,153.30 while a $1-million Encore ticket was sold in London.

The OLG estimates that 16 $1-million prizes were won in Tuesday’s Lotto Max. Players are being encouraged to check their tickets on the OLG website or app.