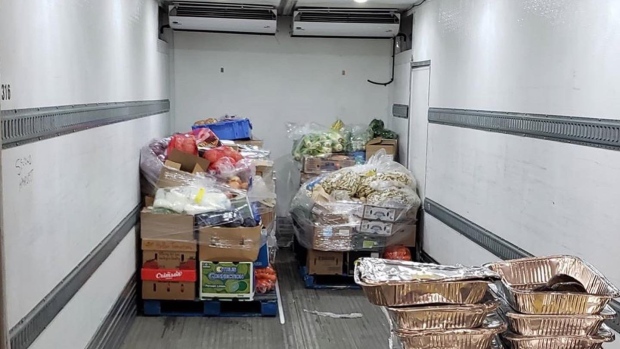 When the province ordered a temporary stop to all large gatherings due to the COVID-19 pandemic, Scotiabank Arena still had thousands of pounds of food left inside its fridges.

Chris Zielinski, the culinary director at Maple Leafs Sports and Entertainment (MLSE), said his team received the notice from the province just hours before a big dinner for more than 20,000 fans was scheduled.

But with the help of their long-standing partner Second Harvest, a food rescue organization that supports vulnerable populations, Zielinski said 27,000 pounds of food was shipped out to those in need.

“We were already preparing the food when the notice came down. But we wanted to make sure that not only are we going to capture all the food and not waste anything, but we want to get while it’s still great,” Zielinski said.

“We said if it’s fresh today and we aren’t’ going to use it then let’s make sure that we are sending it to people as quickly as we can.”

Despite the postponement of all events at Scotiabank Arena and the temporary closure of RS (Real Sports) and e11even, the Food and Beverage department at MLSE has made sure that food is not going to waste. (1/4) pic.twitter.com/KyBbb0hN4x

The food, which was shipped out in six full trucks, included 18,000 pounds of fresh vegetables, 1,800 pounds of bread and staples and 5,700 pounds of prepared food.

“We all felt really good about the fact that it’s going to people that needed it,” he said.

“Second harvest has several outreach programs … and they are magicians at knowing who needs what and when, and what can be processed and then used later. They are adamant that nothing gets wasted.”

Zielinski said the organization is always in need of food and always dealing with a shortage. 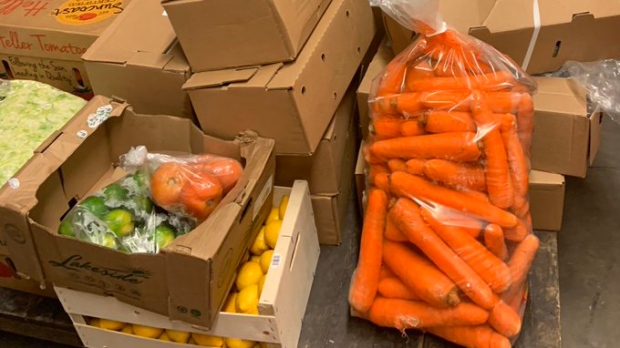 “There are some days some groups get food and others don’t,” he said.

The arena and MLSE, he said, have an obligation to people in the city.

“As people who buy some of the most food in the city, we have an obligation to make sure that we are handling it properly and making sure that those who don’t have food have access to that food get it,” he said.

He said the food may have been very timely for people during the COVID-19 pandemic who have been laid off or are out of work.

He said the arena has been working with Second Harvest for over 20 years and donates food that is left over after most big events.

He said he’s worried that with the closure, not as much food will be getting to the organization.