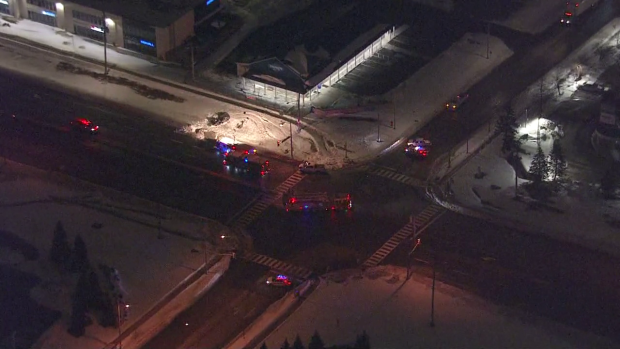 The crash happened at the intersection of Highway 27 and West Royal Gate Boulevard, south of Highway 7, around 5:30 p.m.

Police said three people were taken to the hospital, including two with serious injuries.

It is not immediately known what caused the crash.

Police said the intersection will be closed for several hours for the investigation.

COLLISION INVESTIGATION: Hwy 27 between Hwy 407 and Hwy 7 W. is currently closed for an ongoing collision investigation. Expect delays in the area.