Three people in hospital after two-vehicle collision in Mount Dennis 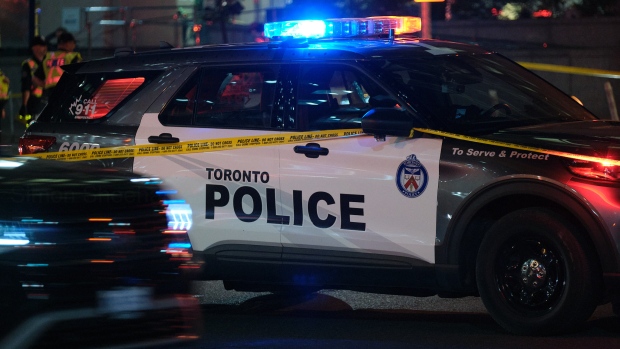 A Toronto police cruiser is seen in this undated photo. (Simon Sheehan/CP24)

The collision occurred at the intersection of Jane Street and Eglinton Avenue West.

Police said a traffic light was also struck during the collision.

Paramedics transported three people to hospital, including one with serious injuries.

Roads in the area were closed due to the collision.