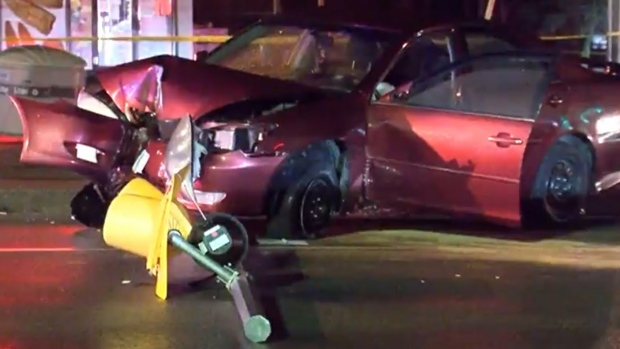 Three people were injured, one seriously, after the occupants of a car were shot and later struck a pole in the parking lot of Scarborough’s Cedarbrae Mall on Saturday night.

Toronto police say they were called to the lot off Markham Road at 11:24 p.m. Saturday for reports of shots fired.

A sergeant with 43 Division said a Blue Kia Forte pulled up to a victim’s vehicle and two suspects opened fire, and two occupants of the victim vehicle were hit.

Up to eight shots were fired and the victim vehicle lost control and struck a pole near Markham Road and Greenbriar Circuit, east of the mall.

Toronto paramedics said three people were taken to hospital, one with serious injuries and two with minor injuries.