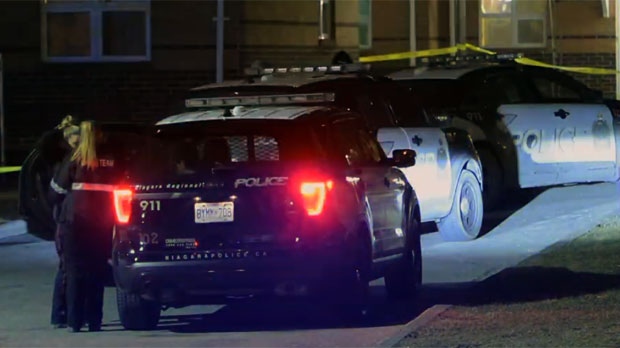 The scene of an incident at Brock University on March 21, 2019 is seen. (Andrew Collins)

Three people are suffering from non-life-threatening injuries after an incident took place at Brock University.

The injuries were sustained at around 8 p.m. on Thursday.

According to police, one person sustained injuries after being shot by what is believed to be a pellet gun while two others suffered stab wounds in the incident.

The three victims were all taken to hospital for treatment.

Four suspects were seen fleeing the campus in an undescribed vehicle, police said.

No further details have been released at this time.

Officers said this was believed to be a targeted attack, noting there is no threat to public safety.

“Brock officials are cooperating with the Niagara Regional Police as they investigate this situation,” a statement issued by the university said.

No lockdown was issued at the university.