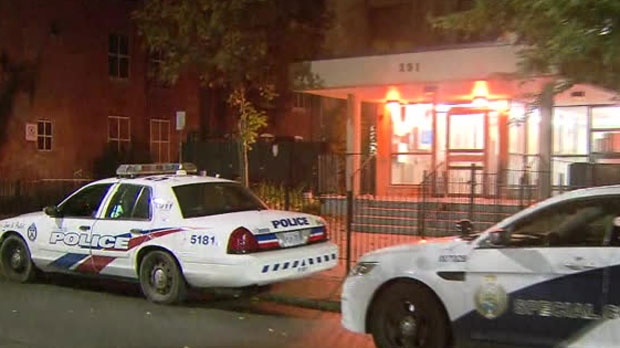 Police are searching for suspects after shots were fired in the city's Garden District.

Police are searching for three suspects after shots were fired in the city’s Garden District overnight.

The gunshots rang out on George Street, in the area of Jarvis and Gerrard streets, at around 2 a.m.

Police say no victims were located and no property was damaged.

The second suspect, according to police, is a white male who is approximately five-foot-seven and 140 pounds with a thin build. He was last seen wearing a light-coloured jacket, baggy jeans, and a grey sweater.

The third suspect is believed to be a white female who is about five-foot-five, has short blonde hair, and is about 125 pounds. She was last seen wearing a beige coat.