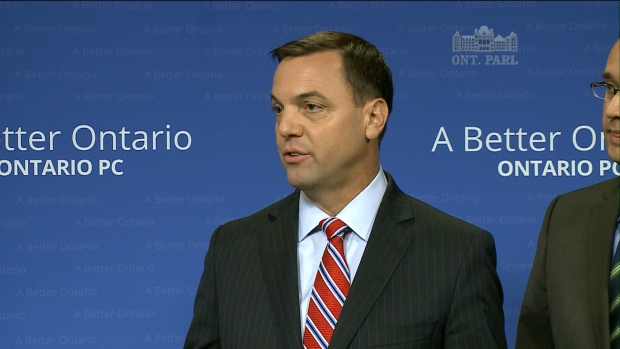 TORONTO -- Ontario's Progressive Conservatives say they regret using the phrase "train wreck" in a news release slamming the Liberals on the same morning that six people died in a collision between a bus and a passenger train in Ottawa.

The release quoted Tory Leader Tim Hudak as saying the government's plan for a subway extension in Toronto is "nothing short of a train wreck."

Hudak's staff reissued the release Wednesday replacing the phrase with "yet another billion-dollar boondoggle'."

They said the original release was written and sent for automatic delivery before the fatal collision.

"While we can assure you it was not intentional, we regret the appearance of insensitivity toward this morning's tragedy," his office said.

"We extend our sincerest condolences to the victims' families and friends.

Ottawa police have confirmed that at least six people are dead and 30 are in hospital, including 10 in critical condition.

The devastating collision sheared off the front of the double-decker bus and knocked the Via locomotive and one of four passenger cars off the tracks.

It happened in the middle of the morning commute, just outside a suburban train station in Ottawa's west end.