Toronto Blue Jays will sport No. 1 patches to pay tribute to Fernandez 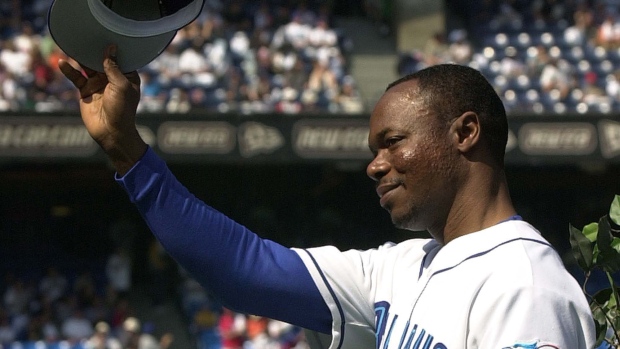 TORONTO - The Toronto Blue Jays will honour Tony Fernandez by wearing a uniform patch with the former infielder's longtime No. 1 this season.

The club's career leader in games played, hits and triples, Fernandez died on Feb. 16 at age 57.

The 1993 World Series winner and five-time all-star had battled kidney problems for several years. He was first hospitalized with polycystic kidney disease in 2017.

Signed by the Blue Jays in 1979, the Dominican native played 12 seasons over four stints with the club. Fernandez hit .333 with nine runs batted in during the Blue Jays' 1993 six-game World Series win over the Philadelphia Phillies.

Fernandez's name was placed on the Blue Jays' Level of Excellence at Rogers Centre in 2001.

“There are few players in the game who can impact a team and a fan base the way Tony did in Toronto,” Blue Jays president/CEO Mark Shapiro said in a statement.