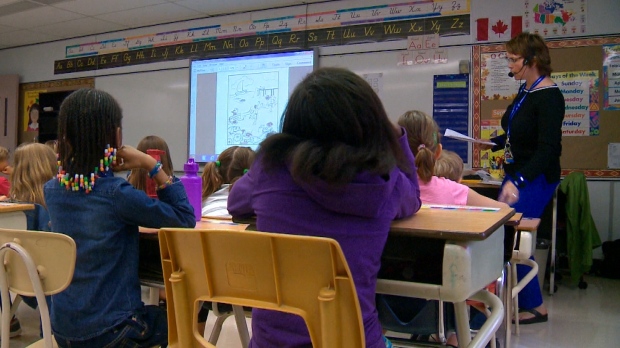 TORONTO - Ontario's largest Catholic school board added the terms “gender identity” and “gender expression” to its code of conduct this week following months of heated debate that divided some members of the community.

Trustees of the Toronto Catholic District School Board made the decision at the end of an occasionally tense Thursday meeting that stretched into the early hours of Friday and heard arguments from parents and members of the public on both sides of the issue.

“This had started to be that issue that was taking up all of the oxygen in our board,” Norm Di Pasquale, one of the trustees who voted in favour of the language, said in an interview. “Every single discussion, every single agenda item, became a debate over this.”

It was nearly 2 a.m. when the resolution finally passed eight to four.

The code now requires that staff, students, parents and trustees “respect and treat others fairly” regardless of “gender identity, gender expression, marital status (or) family status.”

It also specifies that the policy “is interpreted through the lens of the Catholic faith.”

Di Pasquale praised the language as a recognition of the philosophy that Jesus preached.

But some at the meeting argued that issues of family status, gender identity and gender expression - despite being protected grounds under the Ontario Human Rights Code - are contrary to the Catholic doctrine, which only recognizes two genders and sees marriage as between a man and a woman.

“As a Catholic parent, I am concerned that our government and our society is taking away our rights as parents to raise our children according to our Catholic values,” presenter Christopher Elliott told trustees. “This assault on our freedom is glossed over with words like inclusion and tolerance - values that are already enshrined in Church teachings.”

He said he feels that the new language will make the board “vulnerable to litigation for simply teaching our faith.”

“Your vote as board members will have far-reaching consequences. I dare say it will be historic,” he said before the resolution passed. “It will either be the day where you took a firm stand for Christ and defended our Catholic beliefs and values, or it will be the day you timidly surrendered them for all of us.”

But the language, which had first been brought up in the springtime, had been approved by the Archdiocese of Toronto ahead of this week's meeting. The TCDSB, which serves more than 90,000 students, is one of six boards located in the archdiocese.