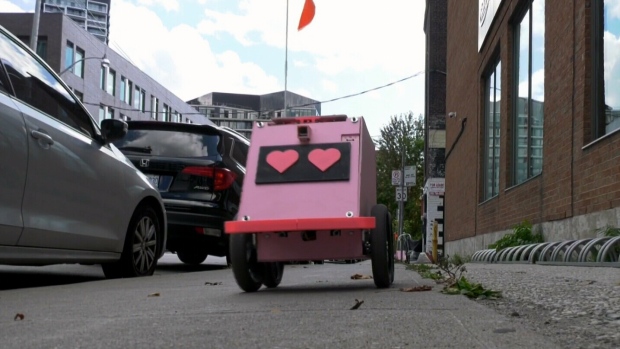 Toronto City Council has voted to ban automated robots from operating on sidewalks and cycle tracks until a provincial pilot project is in place.

Friday's vote in favour of the ban came after the Toronto Accessibility Advisory Committee asked councillors to restrict the devices over safety concerns.

The committee's recommendation was aimed at reducing hazards for people with low mobility or vision, as well as seniors and children, who may be impeded by stopped or stalled devices or unable to quickly detect their presence and manoeuvre around them.

The motion prohibits the use of “automated micro-utility devices” such as the pink food delivery robots operated by Tiny Mile, which some Toronto restaurants have used to courier orders.

Tiny Mile chief executive Ignacio Tartavull didn't directly comment on the vote, but pointed to a LinkedIn post where he said the effort to ban the devices was “upsetting,” and said city council's offer of providing test space at the Canadian National Exhibition wasn't helpful because there are no customers there.

Toronto Mayor John Tory said that it made sense to wait until the province puts together a framework for piloting these new devices, and that in the meantime the city can look further at regulation and insurance implications.

This report by The Canadian Press was first published Dec. 17, 2021.