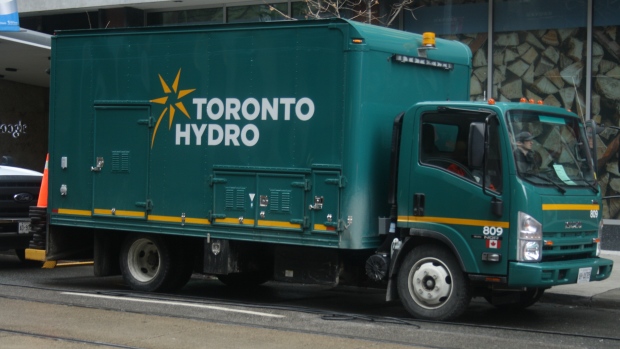 A Toronto Hydro truck is shown in this file photo. (Chris Fox/CP24.com)

Toronto Hydro is working to fix a power outage in a large portion of the downtown core Saturday afternoon.

Shortly after 1 p.m., the outage happened north of Lake Ontario to Dundas Street and west of Bathurst Street to Yonge Street, according to Toronto Hydro's website. 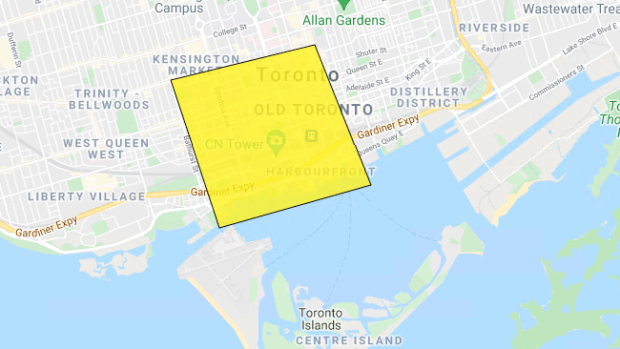 Hydro One, who supplies power to Toronto Hydro, said the outage was caused by an equipment failure at one of their transmission stations.

Approximately 51 to 500 customers and businesses were affected by the outage.

Hydro crews are on site assessing the issue and making repairs.

As of 3 p.m., Toronto Hydro said the issue was fixed and power was restored to some areas.

The CN Tower was temporarily closed due to the outage but has since reopened.

Toronto Hydro said it expects all power to be restored by 6 p.m.

UPDATE: The outage affecting @torontohydro has been caused by an equipment failure at one of our transmission stations. Crews are onsite to assess the issue and make repairs. pic.twitter.com/XKslvCQM7D