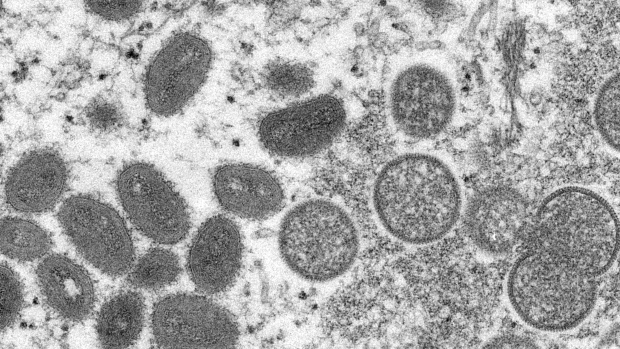 Health officials in Toronto say they are investigating the first suspected case of monkeypox in the city.

In a news release issued Saturday afternoon, Toronto Public Health (TPH) said the suspected infection was found in a male resident in his 40s.

TPH said the patient had recent contact with an individual who travelled to Montreal and is currently in hospital in stable condition and recovering.

Members of the public may have been exposed to the virus if they attended the Axis Club (located at 722 College Street) on May 14 or Woody's bar (located at 467 Church Street) on either May 13 or May 14.

Officials highlighted that the risk to the general public is very low.

“Monkeypox is a rare disease caused by a virus that is normally found endemic in central and western Africa. It was first identified in monkeys, but its origins remain unknown,” TPH said in the release.

Symptoms of the virus include fever, headache, muscle aches, swollen lymph nodes and a rash that often begins on the face and spreads to other parts of the body.

TPH said that in most cases, people with a monekypox infection recover on their own without treatment.

The Public Health Agency of Canada (PHAC) is investigating about two dozen possible infections of monkeypox on top of the confirmed cases in Quebec and says the virus itself is spread through prolonged close contact.

It’s unclear how widespread the virus is in the country, but Canada’s top doctor has said PHAC is considering offering up smallpox vaccines -- which can offer protection against monkeypox -- to prevent infection.

“Quebec had some interest in terms of the contacts so that is under discussion right now, but of course we need to know some of the epidemiology as quickly as possible,” Chief Public Health Officer Dr. Theresa Tam said on Thursday.

In the meantime, TPH is advising close contacts of people with a suspected or confirmed case to monitor for symptoms for 21 days after exposure. If symptoms develop, they should self-isolate, seek care and get tested.