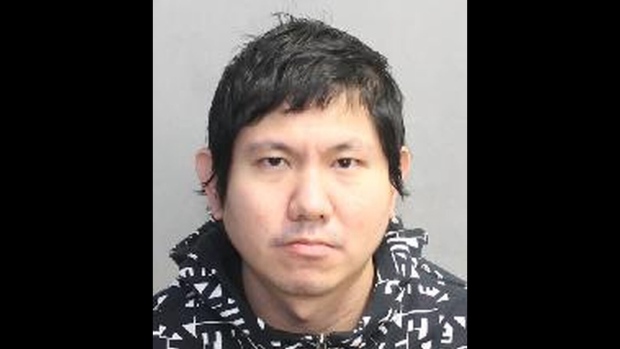 Jose Paolo Caoitan, 35, is shown in a handout image from TPS.

A 35-year-old Toronto man is facing 138 charges after allegedly mimicking child social media stars online in a bid to lure children and obtain sexually exploitative images and video files from them.

Toronto police say the suspect set up a number of social media accounts with names similar to those of “popular child social media celebrities.”

Police allege the man would use the accounts to try to convince children to send him sexually explicit images and video files. One victim came forward to police and disclosed their interactions with the suspect to investigators.

On Oct. 27, police conducted a search in the Lawrence and Midland avenues area of Scarborough, seizing a number of electronic devices.

Nearly one month later on Nov. 25, police arrested and charged Jose Paolo Caoitan and charged him with 138 offences including 43 counts of luring a child, 18 counts of invitation to sexual touching, 25 counts of making child pornography and 23 counts of violating a prohibition order regarding children.

A detective working on the investigation told CP24 that Caoitan has been in custody since the time of his arrest.

Police publicized the arrest on Monday, saying they were concerned there are additional victims who have not yet come forward.