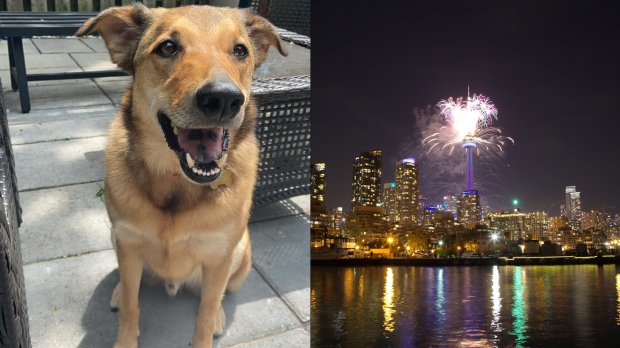 A Toronto man devastated after his emotional support dog went missing when it was spooked by Canada Day fireworks has been reunited with his companion.

Kiernyn Campbell has had his emotional support dog, Bentley, for four years.

“I take him everywhere with me and I am at a loss for what else to do,” Campbell told CTV News Toronto on Friday. “He is a huge support in my life.”

On July 1, at approximately 10:00 p.m., Campbell was walking Bentley on Torrens Avenue in East York when fireworks were lit off.

“Bentley slipped out of his collar in a panic and took off towards Pape Avenue,” Campbell said.

On Sunday, it was confirmed that Bentley was brought back after being found by Toronto police.

The dog was located in good health.