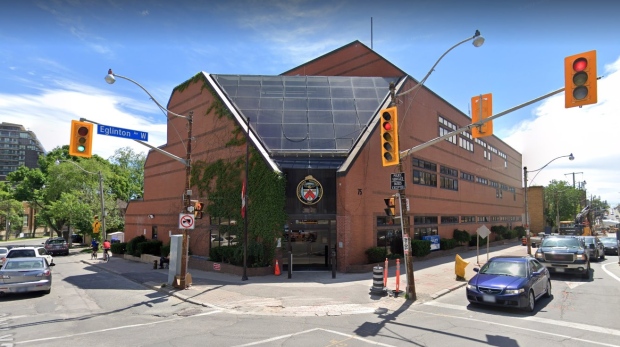 A 20-year-old man who allegedly tried to enter a Toronto police station earlier this week with a Molotov cocktail, matches and a lighter, as well as other weapons, has been arrested.

The man attempted to gain access through the main doors, but was unable to as the building is closed to the public due to COVID-19 health and safety protocols.

Police allege that the man then travelled to the rear lot of the station and approached an officer who was in their scout car. The man claimed he was wanted by police and that he was turning himself in, a claim which police said was false.

The man disclosed that he was in possession of a firearm, police said. The officer detained and searched the man. Police said the officer uncovered a starter pistol (a firearm that shoots blanks and is commonly used in track and field events), and a knife in his jacket pockets.

Upon his arrest, a further search of the man’s belongings produced a number of uncovered knives, a Molotov cocktail, matches, and a lighter.

No injuries were reported, police said.

Zilberman is scheduled to appear in a Toronto courtroom on Feb. 3, 2022.