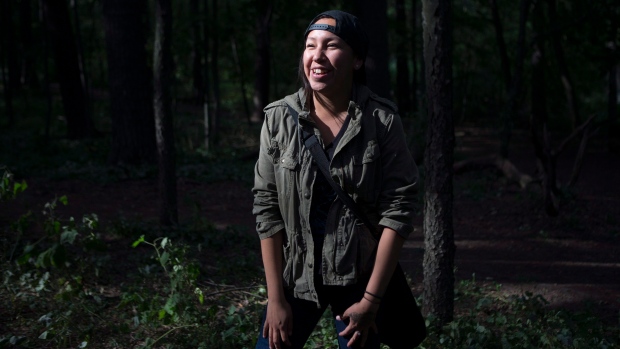 Cedar Landon, an Indigenous youth with the Native Canadian Centre of Toronto takes a picture on a smartphone in Toronto's High Park as he participates in Jayu's "iAm" program on Tuesday, August 28, 2017. THE CANADIAN PRESS/Chris Young

TORONTO - Colourful graffiti covers a massive wall next to a rumbling subway station. But it's something far more mundane that's caught the eye of budding photographer Jeremiah McLaughlin-Assinewai.

The 16-year-old sits on the ground to get the right angle with his smartphone, training his lens on a tangle of green weeds bursting through the pavement.

The affable teen considers himself a city boy, but says his newfound interest in photography is opening him up to seeing the world - and himself - in a new light.

“My whole life I never really wanted to pursue anything, it was always about my sports, hockey and everything, but this really changed (things) and now I have a fun hobby that I enjoy,” says McLaughlin-Assinewai, who lives in Sudbury, Ont.

“It expresses the way I feel and it's just making memories. Every photo is a memory to me.”

[See all the photos here]

Later, he darts into the brush at a nearby park to capture more images with eight other young photographers, all Indigenous youth taking part in a photography project centred around truth and reconciliation.

The outing has been organized by the charitable organization Jayu in partnership with the Native Canadian Centre of Toronto. Over the course of two weeks in August, seasoned photographers led classes in storytelling and photography, with Graeme Roy, director of news photography for The Canadian Press, among those involved.

It all leads up to a two-month photo exhibit in Toronto beginning Friday, with all proceeds going to the youth.

Stephanie Fox-Assinewei, a youth co-ordinator at the Native Canadian Centre, says it's about more than just encouraging a new skill, but building self-esteem and pride in Indigenous culture.

Fox-Assinewei brought three of her sons to the project, including McLaughlin-Assinewai, and is happy to see interest in their heritage grow. The family is from the Wikwemikong First Nation on Manitoulin Island.

“They take the culture more seriously as they're getting older. They used to dance when they were small but they kind of grew out of that,” she notes.

“This program is giving them encouragement, empowerment, to let them know that it's OK to identify as First Nations and that we are working on breaking those barriers to have reconciliation.”

Those are lessons that Cedar Landon says she's seized on, noting that although she's spent most of her life in Toronto and Vancouver she calls the Georgian Bay community of Neyaashiinigmiing home.

The 22-year-old says photography has helped her connect with her heritage, and focus on taking the first steps towards a career as a chef.

“I've always been living in the city and moving place-to-place and photography has really helped me just be in the moment, capturing what's around me right then-and-there and the people who I'm with right then-and-there,” says Landon, who enrolled in a culinary program in Toronto that started in September.

“Drinking and drugs is a lot of my peers' outlet in trying to fill a void, but photography's helped me stay on my right path and use my outlet in a positive way.”

Previous incarnations of Jayu's iAm program focused on homeless youth and young newcomers from the Middle East, including refugees from Syria, Iraq and Saudi Arabia.

Jayu founder Gilad Cohen says he's been impressed by how quickly this group of youth - aged 13 to 25 - responded to the program.

McLaughlin-Assinewai says it won't be hard to apply the lessons he's learned elsewhere in his life, especially a newfound drive to embrace his family's culture, language and history.

“Being in the city, you kind of lose that, you lose that way of how you were raised. But this program's really connected me back to that.” 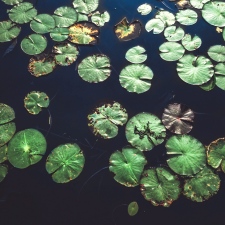 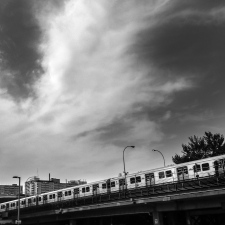 A photo by Alyssa Pelletier who took part in a photo mentoring program led by charity Jayu in partnership with the Native Canadian Centre of Toronto. THE CANADIAN PRESS/HO-Jayu, Alyssa M. Pelletier 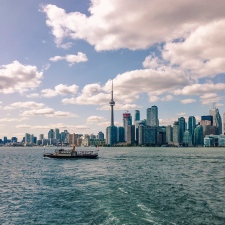