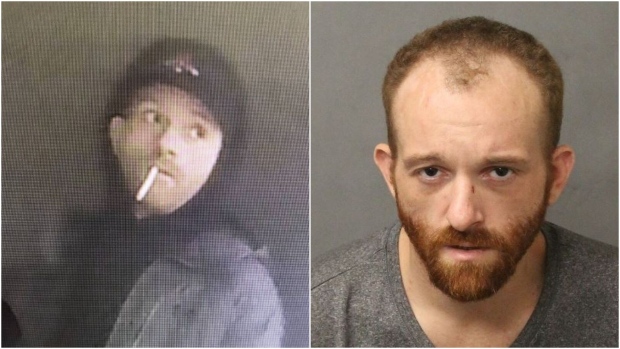 Police are searching for Wade Joshua Meyers, 41, in connection with a string of break and enters in Toronto's west end. (Toronto Police Services)

A Toronto man is wanted by police following a string of break and enters in the city’s west end that left one business owner in the area on the hook for thousands of dollars worth of repairs.

Police said they received reports of several break and enters in the Dundas Street West and Bloor Street West area between May 1 and May 3.

During that time, four businesses were broken into and the suspect targeted the cash register and fled the area.

Before that, police said that between April 13 and May 1, a man broke into “numerous” businesses located in the city’s Brockton Village and Little Portugal neighbourhoods. The suspect smashed the front glass window or door to gain entry and targeted cash, cigarettes, and lotto tickets, police said.

A number of affected business owners spoke to CTV News Toronto on Monday, including Linda Tran, the co-owner of Pho Phuong, a Vietnamese restaurant just west of Dundas Street and Landsdowne avenue, which she says was broken into. 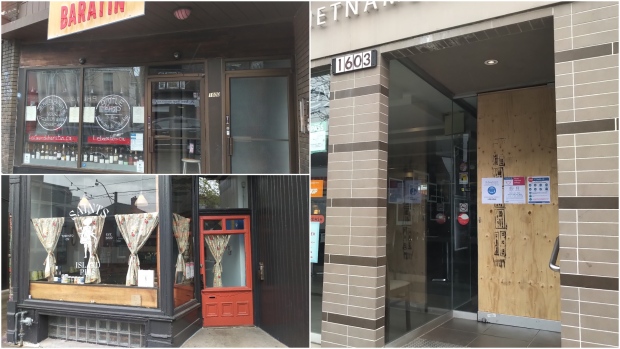 She said the thief, whose image was captured on surveillance video, smashed the glass front door, then the glass lobby door before stealing the cash till and leaving the owners with a hefty clean up bill.

As a result of their investigation, police say they are now looking for 41-year-old Toronto resident Wade Joshua Meyers.

Anyone with information relating to the investigation is asked to contact police or Crime Stoppers.