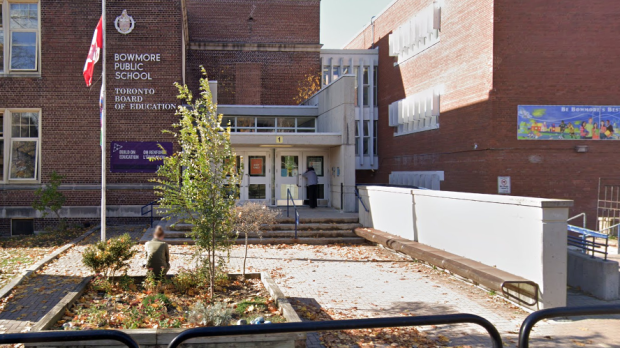 Toronto police are investigating after a man was reportedly seen taking photos of students during afternoon recess at Bowmore Road Public School in the Upper Beaches neighbourhood of Toronto on Tuesday.

The Toronto District School Board (TDSB) confirmed to CP24 that a letter describing the incident had been sent out to parents from the school’s principal on Tuesday.

“This letter is to inform you that an unknown man was seen taking photos of students near school property this afternoon during afternoon recess. A group of students reported the man to the office, and police were immediately called to investigate this incident,” the letter said.

“The safety of our students remains our top priority at Bowmore Road. School staff regularly speak to students about how to stay safe. I want to emphasize to students, staff, and parents/guardians the importance of awareness even in our everyday routines.”

Toronto police confirmed they were investigating the incident but did not provide any details, saying the investigation was still in the early stages.

The letter from the school advised parents to review a number of “street proofing tips” with children, including to always walk with a buddy to and from school, never approach or enter a stranger’s car and when help is needed, go to the nearest store or school, the home of a friend or run towards a group of people or a parent with children.

“Please be assured that our staff will continue to take any necessary steps to ensure the safety of our students and staff during the school day,” the letter said.