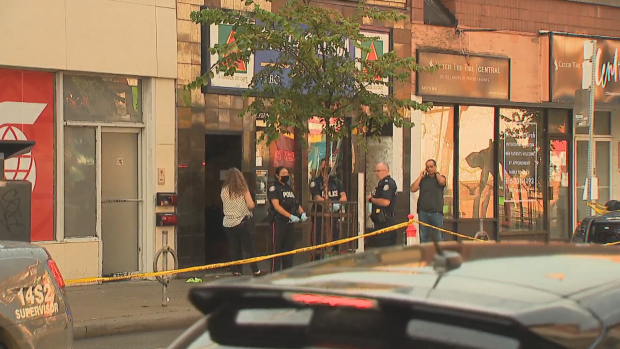 A man is in hospital with life-threatening injuries after a stabbing in Toronto Tuesday night.

A man was found with multiple stab wounds, police said.

The man was rushed to hospital with critical injuries.

Police said the suspect is described as a white male, with a slim build who was wearing red shorts and a dark t-shirt.

No other information has been released.