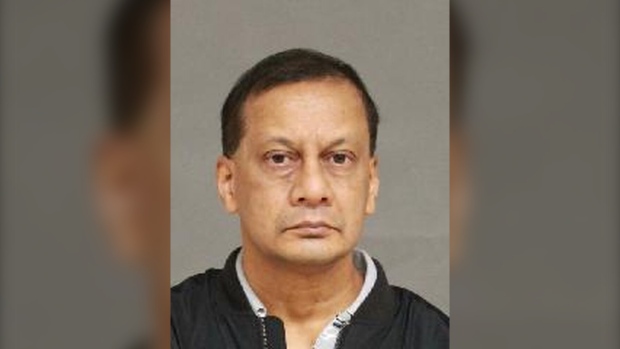 Pooran "Bruce" Sancharra is seen here in this handout provided by Toronto police.

A suspect has been arrested in connection to alleged sexual assaults involving a young girl which started 19 years ago, Toronto police say.

A girl was sexually assaulted multiple times by a man between January 2001 and December 2009, according to police.

Some of the assaults took place in the area of Bayview and Sheppard avenues.

The girl was between eight and 16 years old at the time of the incidents, police say.

The suspect was between 44 and 52 years old.

On Thursday, police arrested a man in connection with the incidents.

The suspect appeared in a Toronto court Thursday morning.

Investigators are appealing to the public as they believe there may be more victims.

Pooran "Bruce" Sancharra is seen in this photo dated between 2001 and 2009. (Toronto Police Services)