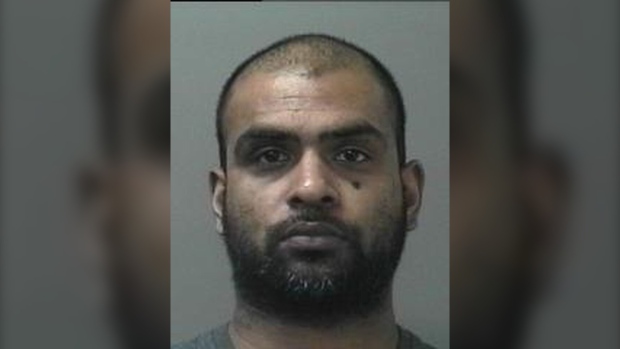 Toronto police have released a photo of a suspect wanted in connection with the murder of a man found dead inside the trunk of a burning vehicle in Scarborough earlier this month.

The body was discovered in the trunk after the blaze was extinguished by firefighters.

An autopsy later revealed that the man had been murdered prior to the fire.

Police say 36-year-old Dennis Singh was later identified by investigators as a suspect in the case.

A warrant has been issued for the arrest of Singh, who is wanted for second-degree murder.

Police have now released a photo of the suspect in hopes that members of the public will recognize him and contact investigators.

Police say members of the public should not approach Singh if he is spotted as he is believed to be armed and dangerous. If located, investigators say, witnesses should contact 911 immediately.