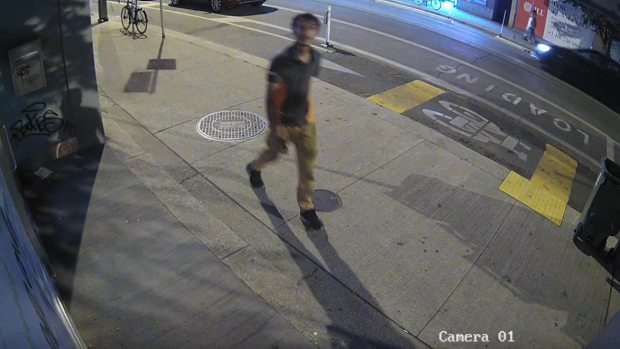 Police are looking for the man seen in this photo after a woman was sexually assaulted in the west end.

Toronto police have released a surveillance video of a suspect wanted in connection with a sexual assault in the city’s west end two months ago.

Police said it happened in the area of Bloor Street West and Dufferin Street on the evening of July 29.

A woman was walking when a man approached her from behind and allegedly sexually assaulted her, police said.

The man then fled the scene. On Thursday, police released a video of the suspect, asking for the public’s help identifying him.

He is described as five-foot-nine, with a dark complexion, slim build and black and grey moustache.