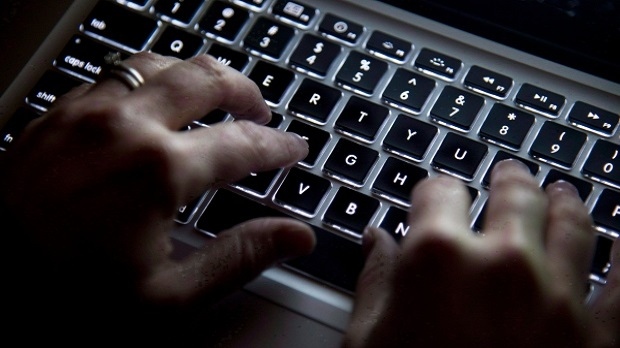 More than 100 suspects have been charged in Ontario, including 23 in Toronto, in connection with a massive provincial law-enforcement project targeting online child exploitation.

Project Maverick was conducted in October as part of the “Provincial Strategy to Protect Children From Sexual Abuse and Exploitation on the Internet.”

Ontario Provincial Police (OPP) collaborated with 27 policing partners, including Toronto, Peel, Durham, Hamilton and Ottawa for the endeavour. The attorney general and solicitor general also assisted with the initiative.

“Through projects like these, we're able to work together crossing borders and jurisdictions not only provincially but globally as well,” Toronto police Det. Sgt. Barb Adam said at a news conference Wednesday morning at Toronto police headquarters.

Across the province, police services conducted a total of 277 investigations throughout October. They executed 168 search warrants and seized 1,032 devices. In total, 428 charges were laid against 107 people in the month-long initiative.

“These numbers are shocking, but they provide hope by showing the lengths our teams are willing to go to protect children,” OPP Chief Superintendent Kari Dart said in a statement. 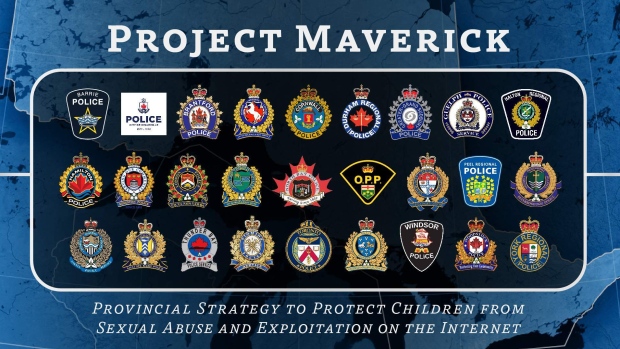 Project Maverick identified a total of 61 victims and an additional 60 children were safeguarded, as they were at increased risk of exploitation. There are 175 ongoing investigations where additional charges may be laid.

A full list of charges laid in Project Maverick can be found here.

“These offences include possession, accessing, importing, distribution and the making of child pornography, luring a person under 16, invitation to sexual touching, sexual assault, sexual interference and failing to comply with court order,” Adam said.

In one instance, Toronto police were able to identify a person of interest online who was allegedly planning to kidnap and abuse young children, Adam said.

“TPS and OPP members investigated the information and were able to identify the accused in his location. A team consisting of both TPS and OPP investigators travelled to a remote northern Ontario town, executed two search warrants and made an arrest,” she said.

Adam added that there were some repeat offenders arrested by Toronto police. A list of the accused charged in Toronto can be found here. 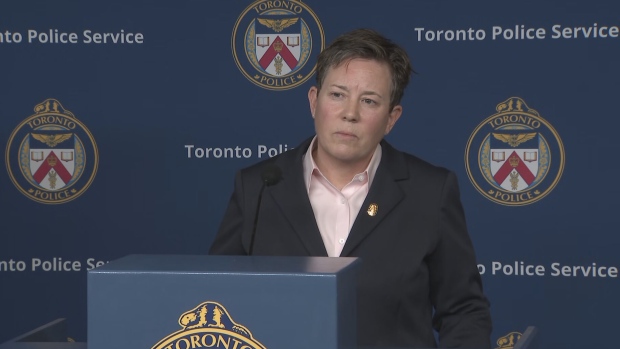 The arrests come as police say sextortion and self-exploitation among children and teens are on the rise.

Sextortion occurs when an individual meets victims on social media and convinces the victims to share sexual images or videos with them. Police say threats are made to the victims if they do not provide more sexual content or some form of payment.

“Sextortions have increased dramatically around the globe in the past few years. Recently, we've seen a shift to an increase in the number of young teenage boys being targeted,” Adam said.

Authorities are asking anyone with information about the abuse of a child to contact their local police force, call Crime Stoppers anonymously at 1-800-222-TIPS (8477) or visit cybertip.ca.