Toronto, rest of GTA under heat warning as scorching temperatures expected this weekend

Toronto and the rest of the GTA will see a stretch of hot and humid weather starting this weekend, prompting Environment Canada to issue a heat warning.

In its advisory, the federal agency said temperatures will soar above 30 C on Saturday and Sunday. Environment Canada added that scorching and dry conditions may last into early next week. The forecast shows the high for Monday and Tuesday will be 31 C.

“Hot and humid air can also bring deteriorating air quality and can result in the Air Quality Health Index to approach the high-risk category,” the advisory said. “The risks are greater for young children, pregnant women, older adults, people with chronic illnesses and people working or exercising outdoors.”

Toronto residents looking to beat the heat can visit the city’s beaches as they officially open on Saturday. Lifeguards will be on-duty and supervise designated swim areas. 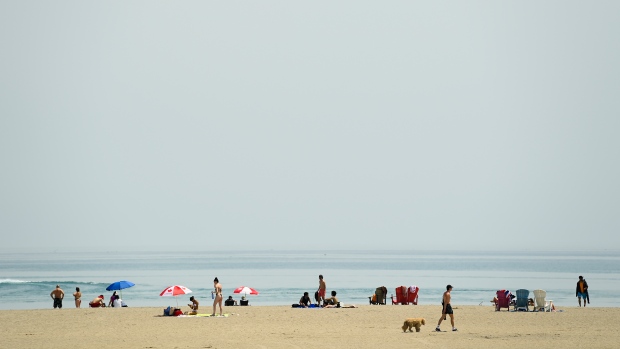 Environment Canada is also urging people to schedule outdoor activities during the coolest parts of the day. For Toronto residents who do not want to go to the beach but look to enjoy the summer-like weather, Allen Road will be closed Saturday for ActiveTO.

The northbound lanes will be closed between Eglinton Avenue West and Lawrence Avenue from 6 a.m. to 9 p.m.

It is the first time that the major artery is included among the ActiveTO closures and comes on the 50th anniversary of the termination of the Spadina Expressway project.

Other ActiveTO closures this weekend include Lake Shore Boulevard East, roads in High Park and the Bayview on-street, multi-use trail.

According to the forecast, conditions will begin to cool down in the middle of next week. The high for Wednesday will be 28 C, while a high of 25 C is expected on Thursday.

The official start of the summer season is on June 20.