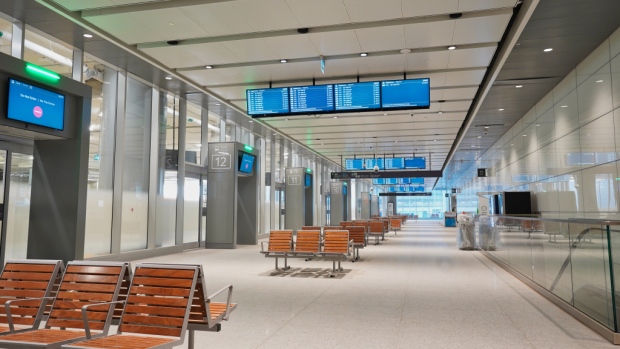 Union Station’s new state-of-the-art bus terminal is set to open in downtown Toronto next month after more than three years of construction.

The new terminal will officially open on Dec. 5, coinciding with the 50th anniversary of GO Transit’s bus service.

Transit agency Metrolinx says the new transit hub “will act a bit like an airport” with a modern method of keeping track of bus traffic and movement while keeping riders informed of any changes. 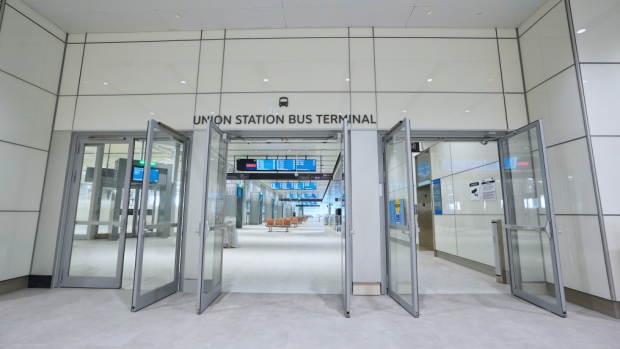 “The sophisticated terminal, set to begin operating early next month, will shelter customers from the elements, offer them easy access to and from the downtown core and work much like a modern airport,” reads a blog post by Metrolinx issued on Monday.

The new terminal was built in partnership between Metrolinx, Ivanhoé Cambridge and Hines, and is located on the north-east corner of Bay Street and Lake Shore Boulevard, in the CIBC Square development, south of the busy rail corridor.

There are three entrances for customers to gain access to the new terminal, including outdoor access through the main entrance on Lake Shore Blvd., east of Bay St., the entrance on Bay St. across from Scotiabank Arena, and a new enclosed pedestrian bridge over Bay St. that connects to Scotiabank Arena’s galleria and the PATH. 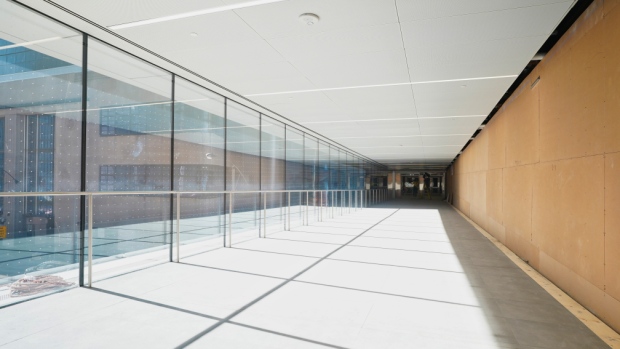 Metrolinx notes that the Bay East Teamway will still be under construction on Dec. 5 but customers can still access the terminal from the Bay St. entrance.

The new terminal will also have bus platforms and customer waiting areas that occupy two floors of the building compared to the existing single-level terminal.

Another change will is how customers will be informed about their respective gates to board buses. The new terminal will use a two-stage departure process with customers directed to the relevant zone first before the gate information is shown on digital screens approximately 10 minutes before boarding and subsequently announced on the PA system. 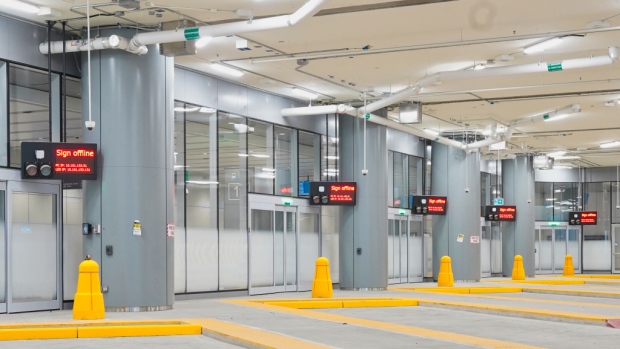 Metrolinx says digital signage in the customer waiting areas will direct customers to the appropriate zone and gate before boarding.

Before boarding, customers will wait indoors in waiting areas where they’ll be able to access Wi-Fi.

To adhere to its “Safety Never Stops” motto, Metrolinx says the new terminal will have glass gate doors that will physically separate the customer waiting area from the platform area to prevent unauthorized access. The gates will only be opened and closed to allow customers to get on and off buses.

The current Union station bus terminal will shut down at the end of the service day on Dec. 4.