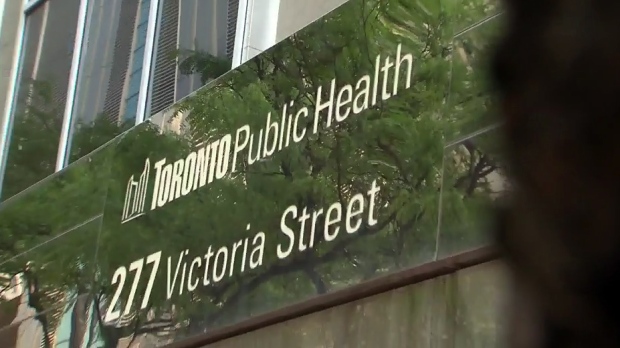 Toronto Public Health is calling on the federal and provincial governments to take "urgent action" to help combat the country's opioid overdose crisis, which has "intensified" in the wake of the COVID-19 pandemic.

In a report which will be discussed by the Toronto Board of Health next week, Dr. Eileen de Villa, the city’s medical officer of health, outlined several recommendations that need to be implemented to address the crisis.

"The ongoing opioid poisoning crisis in Toronto and across Canada has intensified and been further compounded by the COVID-19 global pandemic," the report read.

"These dual public health crises are having significant impacts on people who use drugs in our community as well as their families, friends and loved ones."

According to the report, paramedics responded to 25 suspected opioid overdose deaths in April, the highest number since September 2017.

In the first four months of this year, emergency crews responded to 1,307 suspected opioid overdose calls, including 71 incidents involving deaths.

De Villa noted that life-saving services people rely on in Toronto have been forced to reduce their hours and capacity in the wake of the pandemic, including the city's supervised consumption sites (SCSs).

The Works, a city-run supervised consumption site on Victoria Street, was actually forced to close for a month between March and April due to the pandemic and when it re-opened, it moved to an appointment-only system.

"Some people are choosing not to access SCSs for a variety of reasons, including staying in place to help stop the spread of COVID-19, and feeling less comfortable at services because of changes due to COVID-19,” the report read.

"The province can do more to support this effort," the report read, adding that the province could lift a cap restricting the number of supervised consumption sites in Ontario to just 21.

"In some cities, pilot projects are underway for virtual and phone-based 'witnessing' services to provide a measure of supervision when someone is using drugs, and to call for medical assistance if needed," the report read.

"This is an emerging practice that is being evaluated, but more programs are needed. This is especially true in the context of COVID-19 where people are being encouraged to stay home, and in-person services have less capacity or are closed."

The report also asks the board of health to urge the federal government to grant an exemption under the Controlled Drugs and Substances Act to permit the possession of all drugs for personal use for at least the duration of the pandemic.

"This action does not achieve the long-term legislative change that is needed, but it will alleviate some of the health and social harms that people who use drugs are facing now," the report stated.

"In addition to criminalization forcing people into unsafe drug use behaviours for fear of arrest, jails and prisons are high-risk environments for the spread of infectious diseases."

The report’s recommendations will be considered by the Toronto Board of Health at a meeting on Monday.