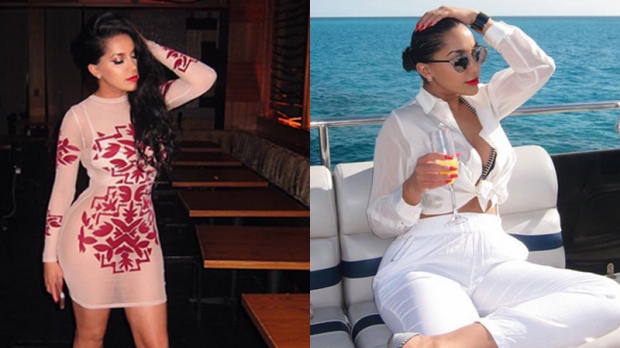 Jyoti Matharoo and Kiran Matharoo are seen these images taken from Instagram.

Two Canadian sisters have reportedly been detained in Lagos, Nigeria after being accused of extorting and cyberbullying a Nigerian billionaire.

News website Politics Nigeria reports that Kiran and Jyoti Matharoo have been accused of allegedly trying to blackmail billionaire Femi Otedola, with claims they had evidence of him cheating on his wife.

The sisters, who are from Toronto, are also reportedly accused of cyber-bullying more than 200 people based in various regions of Africa.

In an emailed statement, Global Affairs Canada confirmed to CTV News that consular services are being provided to “the Canadian citizens who have been detained in Lagos, Nigeria.” However, the statement did not provide any more details, such as detained individuals’ identities, citing privacy concerns.

The Matharoo sisters have posted photos of their lavish lifestyle to Instagram, where their followers number in the thousands.

Jyoti Matharoo and Kiran Matharoo are seen these images taken from Instagram.