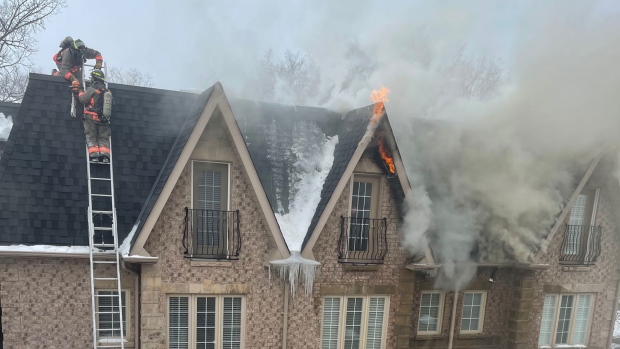 Fire crews are working to stamp out and a three-alarm blaze that broke out at a townhouse complex in Etobicoke Thursday.

Several adjacent townhouses on Scarlett Road, north of Eglinton Avenue West, were evacuated shortly after 11:30 a.m. because of the fire.

Images from the scene showed firefighters using a ladder to get to the upper level of one of the homes.  Flames were also available on the roof as smoke poured from the structure.

Firefighters are currently tackling the blaze from the interior and exterior of the home.

Toronto Fire said there were no immediate reports of injuries.