TPS board votes in favour of revised carding policy 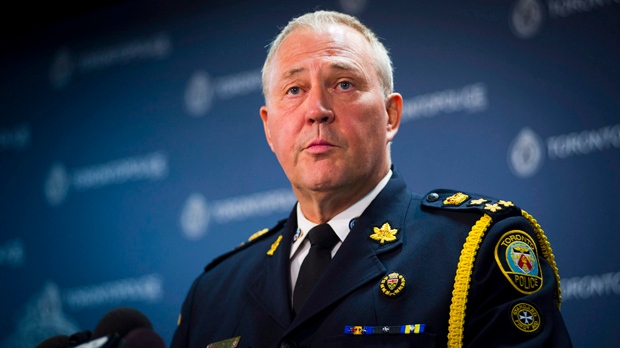 The Toronto Police Services Board has voted to change its controversial carding policy.

The revised TPS community engagement policy was revealed last month following a four-month review that was launched after several media reports suggested that black residents were being disproportionately carded, which is a practice where police stop and in some cases collect information from people who are not under arrest.

The new policy says police cannot consider “race, place of origin, age, colour, ethnic origin, gender identity or gender expression” when deciding whether to stop someone for questioning, unless it is part of a witness, suspect or victim description.

“We now have a foundational document that allows us to move forward together,” Blair told reporters in announcing the changes last month. “I want to assure the people of Toronto and particularly all the people of colour in our communities that their police service is absolutely committed to ensuring that we treat every person in this city with respect. It is only by being worthy of their trust, obtaining their trust and maintaining their trust that we will be successful in keeping all of our communities safe.”

While the revised community engagement policy was hailed as a “remarkable milestone” by Blair and as a “hugely important” step by Mayor John Tory, some community advocates have said that it doesn’t go far enough. Specifically, the policy has been criticized for not requiring that police inform those being carded that they have a legal right to walk away.

Another item on the agenda at the police services board meeting Thursday was the ratification of a new collective agreement. The board inked a new deal with the Toronto Police Association that includes a 8.35 per cent total wage increase over the course of the four-year contract.

Tory told reporters Thursday that he believes the new collective agreement is a "landmark agreement."

“I think this is a good start on containing the growth in police costs," he said.

“Not only have we constrained wage growth in that regard for the first time and significantly, also we’ve achieved other savings for the first time for the taxpayers in the hundreds of millions of dollars. I look at this as a glass is half full or more than half full result. I think we believe that we did the very best we could."