Trudeau off to Paris, Peru, London on 10-day trip 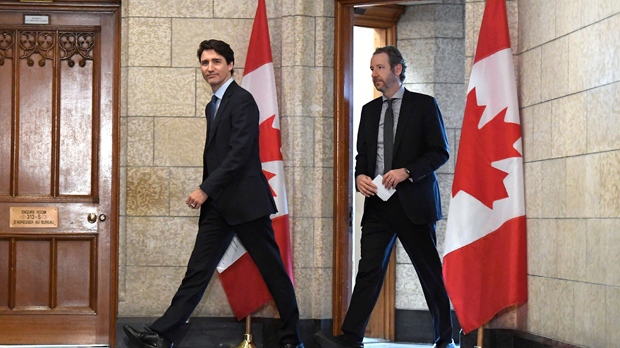 OTTAWA -- Prime Minister Justin Trudeau is off to South America today for a major foreign tour that will see him attend two international summits over a stretch of 10 days.

The trip is seen as an opportunity for Trudeau to turn the page on his widely criticized recent trips to China and India -- and to land some new trade partners for Canada.

His first stop will be Lima, Peru, where leaders from more than 30 Western Hemisphere countries will gather for the 8th Summit of the Americas.

There had been speculation that Canada, the U.S. and Mexico would announce some form of an agreement in principle on a new North American Free Trade Agreement during the summit.

But while high-level talks are still expected to take place, U.S. President Donald Trump's decision to skip the gathering has dampened talk of ceremonial surprises.

Instead, the meeting is likely to be dominated by the political crisis in Venezuela.

While there, Trudeau will also get a rare chance to meet with Latin America's largest trading bloc, Mercosur, which counts powerhouse Brazil as well as Argentina, Paraguay and Uruguay among its members.

Following two days of meetings in Peru, Trudeau will travel to Paris for his first official visit to France and a meeting with French President Emmanuel Macron. He will also address the French National Assembly and hold several speaking engagements.

The prime minister will end his tour in London, where he will meet the Queen and British Prime Minister Theresa May before joining leaders from 52 other nations for the Commonwealth Heads of Government Meeting, where trade will top the agenda.