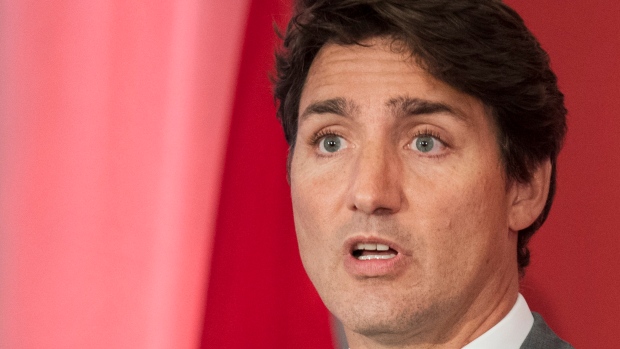 TROIS-RIVIERES, Que. -- Prime Minister Justin Trudeau says he plans to take the issue of declining news revenues amid domination by tech giants to the G7 leaders' summit in France later this week.

The same day, the province announced a $5-million loan from Investissement Quebec to the media company, whose daily newspapers include Le Droit of Gatineau-Ottawa and Quebec City's Le Soleil.

But Trudeau says the situation requires more than a "one-off solution" and requires traction with the international community.

Speaking with reporters in Trois-Rivieres, Que., the prime minister insisted that "everyone has to pay their share."

He says G7 leaders "will certainly be discussing" the issue of media ad revenues at the summit, which runs Friday through Sunday in the southwestern French city of Biarritz.

French President Emmanuel Macron last month imposed a landmark tax on tech companies like Google and Facebook -- which have lured advertising revenues away from news outlets -- designed to stop multinationals from avoiding taxes by setting up European headquarters in low-tax European Union countries.